It’s official: Corsair is Made in New Haven 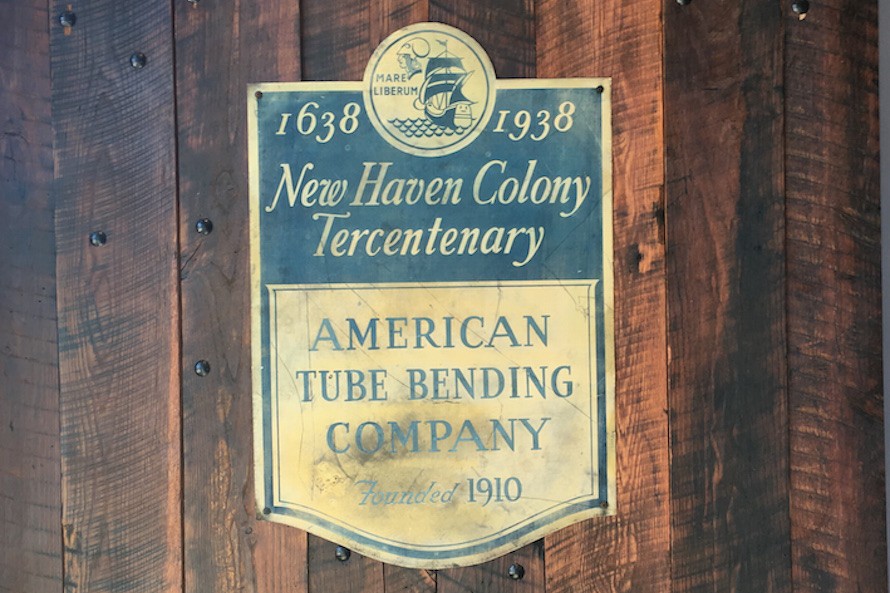 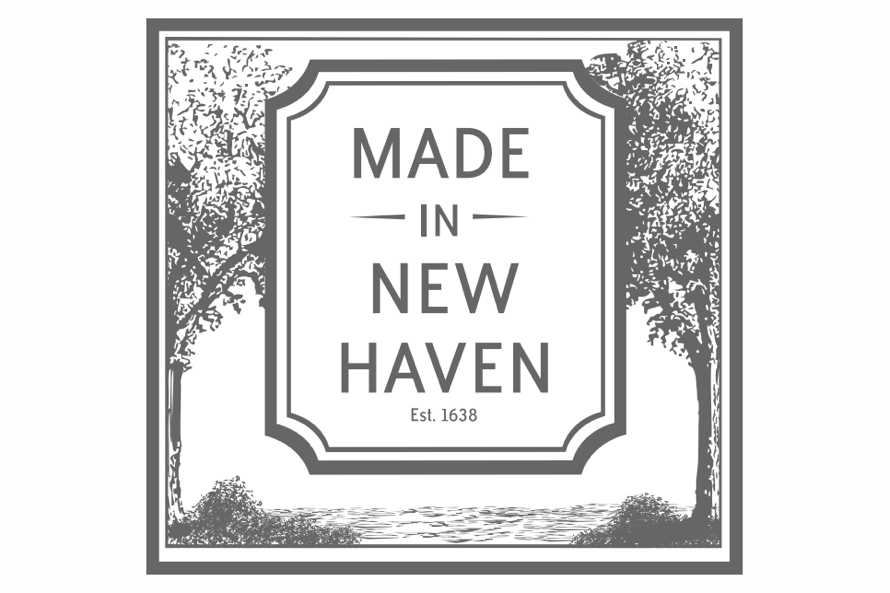 This is the seal for Made in New Haven, a campaign to promote goods made in New Haven, Connecticut. Corsair is the first apartment building to join the campaign. This emblem is on display in our lobby.

What’s the difference? Our luxury apartments in the East Rock neighborhood just joined Made in New Haven, a campaign to promote goods that come from the Elm City. While Corsair doesn’t make things—besides apartments, of course—it does have two important connections to the Made in New Haven principle. First, our apartment building features the work of several local artists and artisans—read more about them here—and some of whom even use local materials. For instance, our library table was handcrafted by a Connecticut woodworking studio founded in New Haven, from wood that came from a tree that grew in New Haven, and was milled into lumber in New Haven at East Rock Park, only a mile or so from Corsair. For even more locally made, you can’t get more local than our library bookshelves. They’re made in New Haven by the woodworker across the street!

And then there’s our history. The site where the apartments now stand has been a place for making things since 1880. (You can read more about it in a past post.) You can see still see signs of that manufacturing history at Corsair today. The original 1880 factory—first a commercial laundry plant, later a tube bending factory—still stands. (The sign at the top of the page is an artifact from one many businesses in the building.) The preserved factory is next to the newly constructed building that contains most of the apartments and all of the amenity spaces. Remnants of another factory that was once on site, where the propellers for the F4U Corsair plane were made, can be seen throughout the ground floor of the new building. These massive concrete panels are a reminder of how we got the name Corsair. 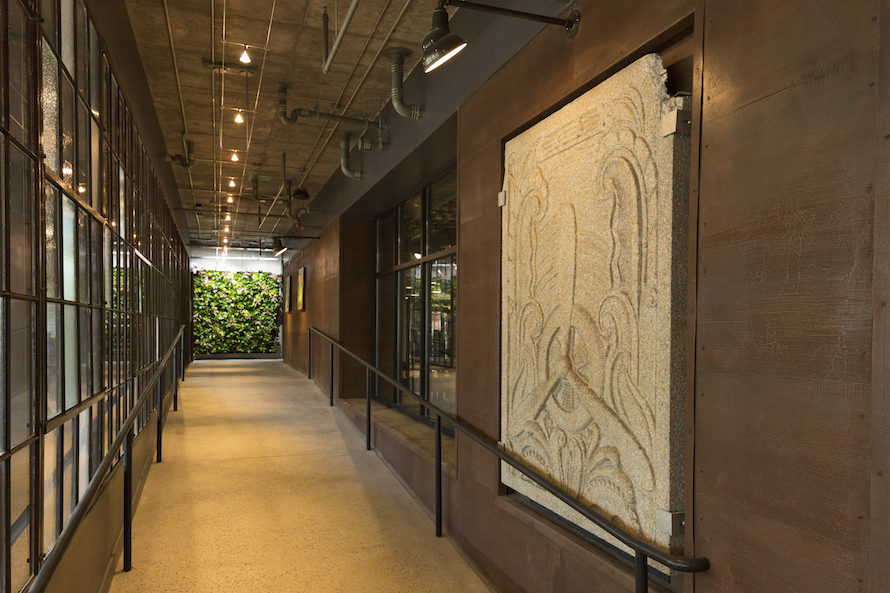 A panel from the exterior of M.B. Manufacturing, where propellers for the Corsair plane were made, is displayed in the main hall of Corsair. The factory was on site of our new apartments in New Haven.

Given these connections, were we excited to recently host an event to celebrate the Made in New Haven campaign. You can read about it at the New Haven Independent or watch a video from WTNH.