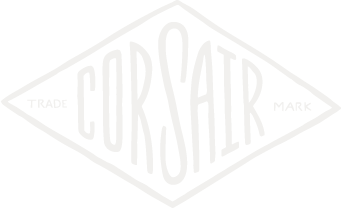 "The difficult we do immediately.

The impossible takes a week, ten days at most."

For over a century, the corner of State and Mechanic Streets in New Haven has been a bastion of blue-collar resolve. While it may have been built as a steam laundry and textile dyeing plant in 1880, it's since been home to makers of everything from cigars to corsets.

—Conversation between Colonel Leonard Harmon of the Army Air Corps, and Phil Johnson, a prominent aircraft industrialist, shortly after the 1941 attack on Pearl Harbor

WHERE THE WAR WAS WON

During World War II, 1050 State Street became a producer of airplane parts—specifically the 6-foot long propeller blades for the F4U Corsair, America’s most deployed aircraft at the time. During a time when manufacturing suddenly mattered more than ever, America vastly out-produced its enemies. Between 1939 and 1952, New Haven’s laborers—many of them women—helped build some 12,751 planes. In the end, the war was won just as much here on State Street as it was anywhere else.

After 135 years of manufacturing, this place so steeped in purpose is about to find a new one. Homes will spring up where machines once stood. A courtyard will sweep across the old factory floor. Mechanic and State Streets will come alive with the buzz of interesting people doing interesting things.

Just as it has been since 1880, Corsair is built for people of purpose. People who work hard. People who form an invigorating community when they want one and a quiet sanctuary when they need one. This is Corsair— Home of the Brave.