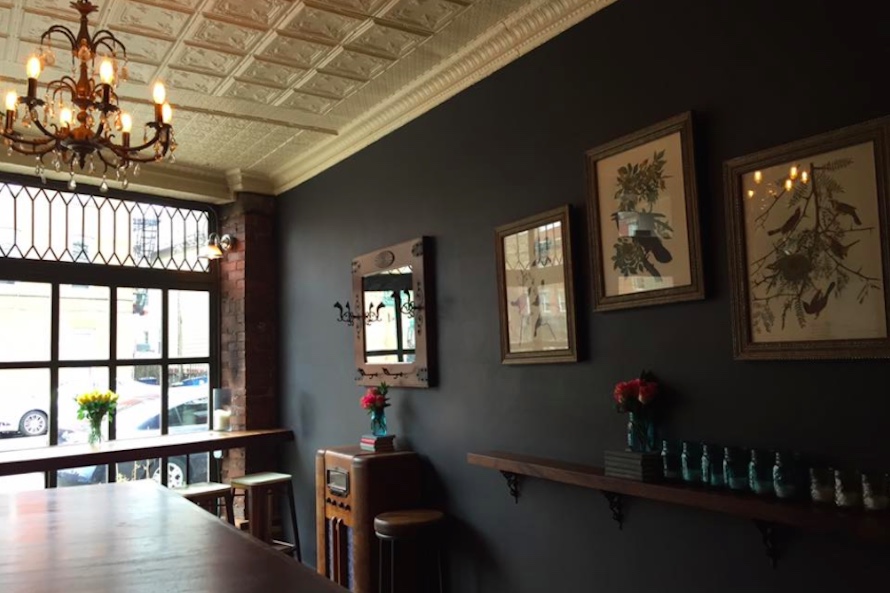 It’s no bigger than some studio apartments in New Haven, but a wine bar near Corsair is getting a lot of attention for a place its size. Among the many accolades for August: Upscale Bar and Eatery, the New York Times raves about its “enchantments.” Buzzfeed says it’s the best wine bar in Connecticut. And the state’s oldest newspaper calls it “one of the most pleasant, coziest places to drink, nosh and generally comment upon life’s vicissitudes.”

So, what’s going on at August? For one thing, wine. Lots and lots of wine. There are over 100 bottles on any given night and tasting is encouraged before you choose one. Given that the staff are never far away in this intimate 350-square-foot space, you’re practically guaranteed attentive service. It’s like having your own personal wine tasting.

August is not really a restaurant, its owners say. But that didn’t keep the Times from praising its “feats of culinary magic.” The food is meant to complement the wine, so expect classic drink-friendly nibbles like oysters, olives, cheese, and charcuterie. (Check out these photos.) An oft-changing lineup of small plates is more ambitious—think salmon rillette or winter stew of rabbit and beans. It’s especially impressive when you consider that everything is made right there behind the bar, without even the luxury of the smallest apartment-sized kitchen.

Even without its extensive wine list and engaging menu, August would be full of charm. Tucked away on an East Rock side street, but steps away from the more lively Upper State Street, August feels hidden. Dim lighting, exposed brick walls, and a tin ceiling create a warm and welcoming scene. Family mementos, antique prints, and stacks of well-worn books add to an atmosphere so homey, it almost seems like a living room. No wonder Business Insider called it Connecticut’s most romantic date spot.

This tiny bar and eatery seats just 18, so get there early to nab a spot. Thankfully for us at Corsair, that’s not hard to do—it’s just two blocks away! Our apartments in New Haven don’t come with wine cellars. But until they do, August can fill the void.