Three things to eat and drink in New Haven this summer: Corsair’s seasonal picks near your apartment in New Haven 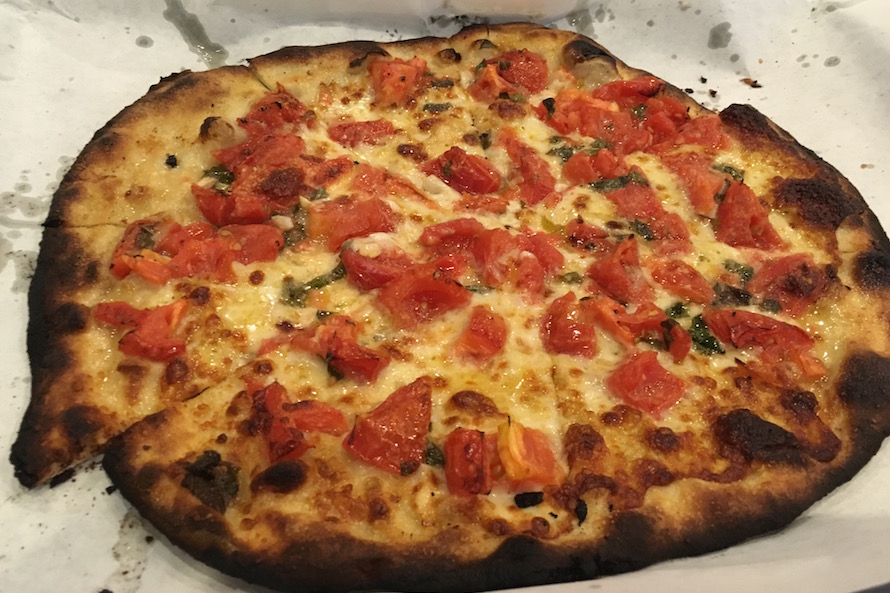 One of the joys of finding an apartment in New Haven is knowing how much excellent food is nearby. New Haven is a great city for food lovers all year round, but summer brings its own must-try food and drink. (And that’s not even including the obvious Connecticut favorites like lobster rolls and local farm bounty.) Here are three quick picks for culinary pleasures you can only have in town during the warm months.

There are places where you can get fresh tomatoes on your pie (for the uninitiated, that’s New Haven for pizza) year round, but why would you want to? Frank Pepe Pizzeria Napoletana, a landmark of New Haven’s storied pizza landscape, has the good sense to only offer them when tomatoes are in season locally. Pepe’s lets the tomatoes shine with basil, olive oil, and not much else. It’s a big deal when they start making these pies again every July, so get out of your apartment in New Haven and head to Wooster Street while the timing is right. In Connecticut, native tomatoes (to use the old-time term for locally grown) are only around until late summer, so enjoy them while you can. It’s too hot to cook anyway, so let the coal-fired ovens do their thing away from your apartment in New Haven.

Perhaps the only summer beer made in New Haven

Every bar has a summer beer list, but as the only brew pub in town, BAR deserves special mention for its seasonal offering. Their house watermelon ale may not be for no-fruit-beer purists, but many fans look out for it every year. (Be warned, however, that this year’s batch is noticeably candy-flavored compared to the subtle brews of years past.) Try it now before it’s time for sweater weather and pumpkin beer. (Which, incidentally, BAR does not brew. Probably to the relief of the same people who don’t drink fruit beers.)

But back to summer at BAR. When the overhead doors are open along Crown Street and the evening air drifts in, you can pretend to be in a real live beer garden, a type of business sadly missing from town. Better yet, you can pretend to be in a beer garden with really good pizza. One that’s easy to get to from your apartment in New Haven. At least you don’t have to pretend about the pizza or the location.

For New Englanders, ice cream is seasonless. And in summer, it’s mandatory. But is there ice cream you can only get in the summer? We looked. Local institution Ashley’s has a seasonal list that includes peach, blueberry, and cantaloupe. We’ve never seen the last one in the shop, but perhaps some requests will make it appear on the large and ever-changing menu. New-to-New Haven Arethusa Farm Dairy (which was named one of the top 10 best new ice cream shops in the country) recently added cherry chocolate chunk to its small but well-chosen lineup. It’s too soon to say whether this is a nod to cherry season (which is exceedingly short in Connecticut) or a permanent addition. Better order it now, just in case.