Run, don’t walk, from your apartment: Corsair’s guide to running in New Haven 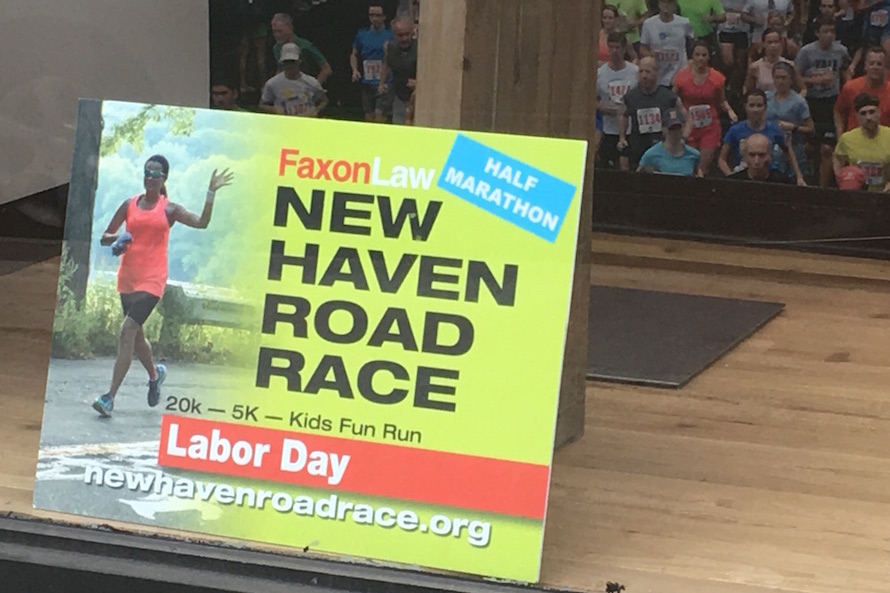 For people who love to run, there’s something special about the area around Corsair: East Rock is a great neighborhood for running, in a great city for running. The same qualities that make East Rock a pleasant place for a Sunday stroll—leafy streets and a big park—make it even better for people whose preferred fitness equipment is their own two feet.

Where to run near Corsair? Many runners have mapped the East Rock neighborhood, but a few areas stand out. The long straightaways and less populated sidewalks of Whitney Avenue make it a popular running route. Nearby Prospect Hill —the surrounds of Science Hill and Yale Divinity School—is a favorite for hill workouts. (Don’t miss the short but steep Deepwood Drive, just over the Hamden line.) And of course, the summit of East Rock itself is the obvious choice for a run with a serious incline. (There are more options through the park if you’re interested in trail running.) Not surprisingly, the East Rock neighborhood is home to several road races, from 5K on up.

The top running event near Corsair

Number one on the list is the the New Haven Road Race, which starts downtown but has a significant stretch through the East Rock neighborhood. If you’re even remotely interested in running, you should know about this Labor Day run. It’s one of the biggest road races in Connecticut, drawing thousands of runners to New Haven annually. Even beyond the numbers—6,500 participants last year—it’s a big deal. The main event, a 20K, has been designated a national championship race for more than 20 years. But it’s not just for elite athletes.

If you’re a reasonably accomplished runner, the 20K—or the half marathon, new this year—is a great way to get out of your apartment and see the city. (At Corsair, we particularly recommend it if you’re new in town.) You’ll pass through several neighborhoods—downtown, East Rock, Westville, and Fair Haven, among them—and see New Haveners cheering you on from porches and sidewalks. Bands along the course add to the celebratory air. For a less strenuous race, the 5K is a flat, easy loop through downtown and East Rock that’s popular with beginners and casual runners. (Not to mention folks who just want to get a jump on the last day of summer with early morning beer and ice cream.) And even if you don’t run, the post-race festivities around the Green are worth checking out. It’s the happening in town on an otherwise a quiet holiday.

East Rock Challenge (September): The straightforward name sums it up: it’s a 4.7-mile run to the summit of East Rock and back.

Christopher Martin’s Run for Children (December): If you like running in a Santa costume and drinking a lot afterwards, this is the 5K for you. More fun run than cutthroat athletic event, this holiday tradition hosted by neighborhood bar and restaurant Christopher Martin’s finishes right on Upper State Street, just a few blocks from Corsair. Best of all, the event raises money to buy toys for kids in need. (Donate a toy for a discounted entry.)

Run for Refugees (February): The fact that it’s in the cold of winter and the course includes an uphill stretch through East Rock Park make this a challenging 5K. But it’s also a community favorite, in part because of the cause it supports. (The race is a fundraiser for IRIS, New Haven’s refugee resettlement organization.) DJs, drummers, and signs with inspirational messages about refugees dot the course and provide motivation. This event also has some of the best and most varied post-race food—in keeping with the race’s international feeling, cuisines of the world are represented courtesy of local restaurants. And since it’s always on Super Bowl Sunday, there are lots and lots of wings from Goatville neighborhood institution Archie Moore’s.

Some tips for running near Corsair: group runs and training

Corsair residents have access to treadmills in the gym of their apartment building, but isn’t being outside the whole point of running? Try these:

See you on the run!